Taipei (台北 Táiběi) is the national capital of Taiwan. It is in the north part of the island between the Yangming Mountains and the Central Mountains.

It is, with 2.6 million inhabitants, the fourth largest administrative area of Taiwan However, the Greater Taipei metropolitan area, which encompasses the central Taipei City along with the surrounding New Taipei City and Keelung, represents the largest urban cluster in Taiwan with nearly 7 million people. Taipei serves as the island's financial, cultural and governmental centre.

It's my 2nd time to Taiwan and love the streets, shopping and the night markets of Taipei.

Here goes my travel itinerary for my trip to Taipei. Taipei is a city of Smiles. 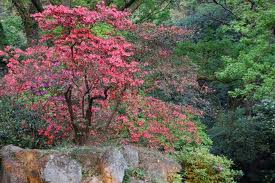 It is next to Shamao Mountain and Qixing Mountain with Datun Mountain on the right and Guanyin Mountain in front. The magnificent mountainous scenery and comfortable weather have made Yangmingshan National Park a perfect summer resort. Total area of the park is 125 hectares, designed in traditional Chinese style. The natural beauty of the part has won it the reputation as urban forest and the Taipei garden.

2nd place of interest which i went is : Xibeitou Hot Springs 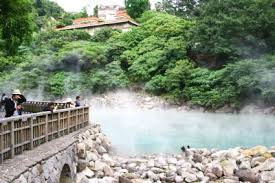 The Beitou hot springs region refers to an area covering the Hell Valley, Longfeng, Fenghuang, Hushan Village and Xingyi Road. An area consisting of Zhongshan Road, Guangming Road, Xinmin Road and Quanyuan Road surrounding the Beitou Hot Springs Waterside Park. The hot springs hotels in this area are larger both in scale and number, and the natural and humanities resources are also the most plentiful here. 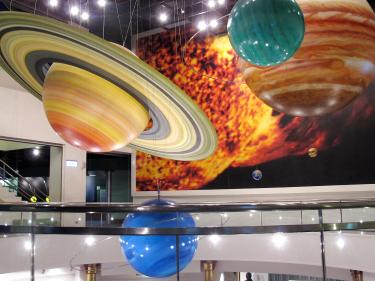 Taipei Astronomical Museum took over the responsibilities of its predecessor, the Taipei City Observatory. The dome is made up of geometrically identical pieces joined together and an avant-garde cover that takes advantage of natural lighting. Together with an altazimuth and solarium, it embodies the Taipei Astronomical Museum's design concept - a symbol of the immensity and profundity of space.

The IMAX Theater is a spherical building 35 meters in diameter topped by a gold-covered aluminum dome. It not only shows the entire sky, but also employs sound, light, electric and other instruments to give visitors a feeling of being at the scene. If you would like to take a relaxing visit to the sea of stars and appreciate the beauty of space at the same time, make a visit to the Taipei Astronomical Museum - it can impart to you a sense of space that you've never experienced before.

Following that, we went to the Dadaocheng Wharf. 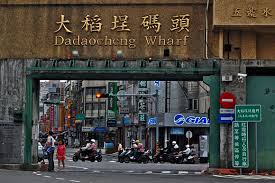 Dadaocheng was originally settled by Pingpu people that migrated there after a fierce fight with settlers in Mengjia (current day Wanhua District) from Tongan in Fujian Province. 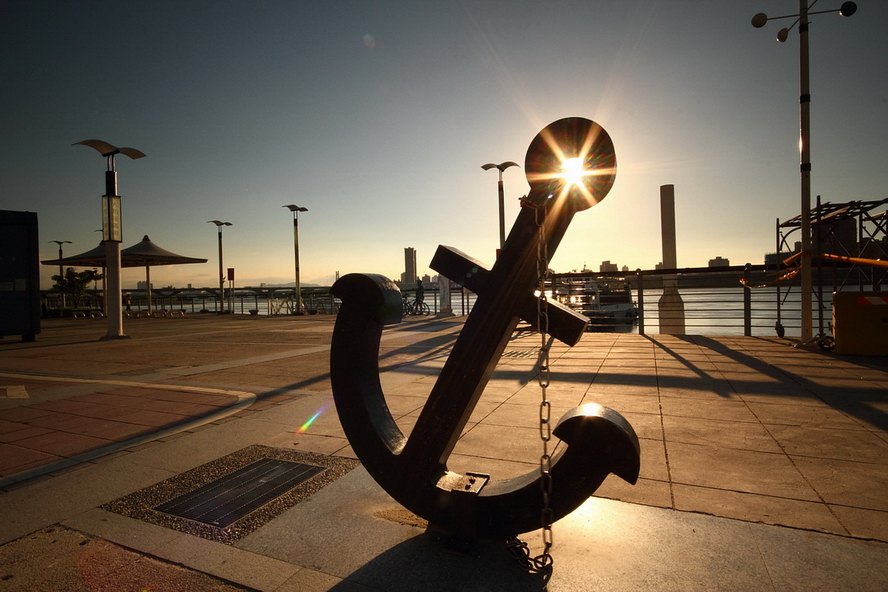 Over the years, Dadaocheng developed with shops and homes rising up along the Tamsui River. After Tamsui Port opened, Dadaocheng became the main entrepot in Taipei under the administration of Liu Ming-chuan. Yanping North Road and Guide Street were at the center of commercial activity in the district, and tea and cloth were the main items traded during this colorful and memorable time of years past in Dadaocheng. 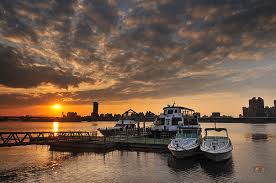 In recent years, Dadaocheng Wharf has hosted major fireworks festivals. There is also a bikeway by the wharf for riverside cycling in scenic and historic Dadaocheng.

Thereafter, the next few days we went to city area for shopping. We shopped at Xinyi District, Fashion Central. 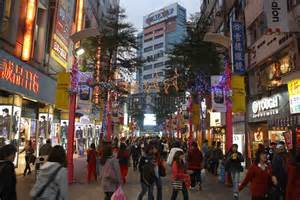 Xinyi is a one-of-a-kind tourism area in Taiwan. A product of urban planning, it is the center of fashion and a place where Taipei's future is being created. The district has convenient transportation links to other parts of the city and region. The stores here sell the world's best brands. Xinyi is also home to Taiwan biggest bookstore chain, Eslite and the international landmark Taipei 101 building. Four Four South Village (a restored military dependents housing complex), Songshan Cultural and Creative Park, an internationally-renowned Michelin star restaurant, eye-catching buildings and installation art, and the annual Taipei New Year Eve Party all further add to the sparkle of Xinyi District. For shopping, entertainment and delicious cuisine to art, culture and international MICE facilities, Xinyi District serves up the best of Taiwan.

Next shopping paradise was at : Taipei 101 Mall 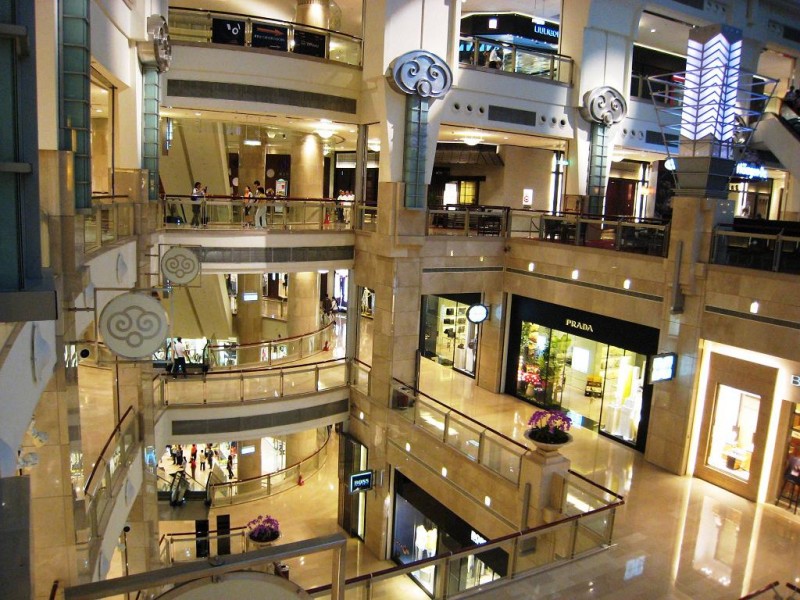 Taipei 101 Mall has gathered together the finest in fashion and refined dining from around the world. Our customers’ wishes are thoughtfully catered to in a world-class space that brings together sensory delights, a wonderful atmosphere, and architectural aesthetics, giving form to limitless imagination. Here, you can enjoy your shopping experience in comfort and total relaxation. Taipei 101 Mall joins the ranks of world-class shopping districts such as New York’s Fifth Avenue, Paris’ Champs-Elysees, and Rome’s Via Condotti, with flagship stores and all-new design concepts to offer consumers the richest array of shopping choices. 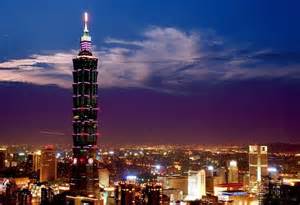 Whether from the perspective of its high-end goods, design flair, trend-setting lifestyles, or sumptuous cuisine, Taipei101 offers consumers 101% fresh choices in fashion and dining from around the world. One can see the grand fireworks during the countdown to New Year's Day.

Lastly, we went to the famous Shilin Night Market for night shopping. 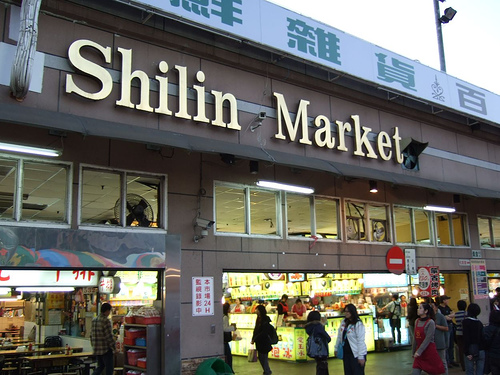 Shilin Night Market is the one of the largest night markets in Taipei. The market is centered on Yangming Theater and Cicheng Temple. The night market is formed by many prosperous shops on Wenlin Road, Dadong Road and Danan Road, etc. Among them, Shilin Market was built as early as in 1899 and the market is famous for various snacks and eatery. Many visitors have come to Shilin Night Market to enjoy the delicious foods, such as large pancake enfolding small pancake, hot pot on stone or Shilin sausage. Shilin Night Market has become a renowned place for great foods.

Because the night market is close to many schools, students are the main customer group. Goods are sold at less expensive prices as compared to regular stores. There are special areas for furniture, clothing, photo shops or pet shops. The finery shops and cold dessert shops in "lover's lane" attract most student customers.

Shilin Night Market covers a large area. When one walks in the turning lanes and alleys, he (she) would often find something unexpected. The night market is packed with many people during holidays. We can often see families carrying many things from shopping and enjoying good meals. Their satisfaction is fully shown from their happy expressions.

It was so fun and enjoyable.