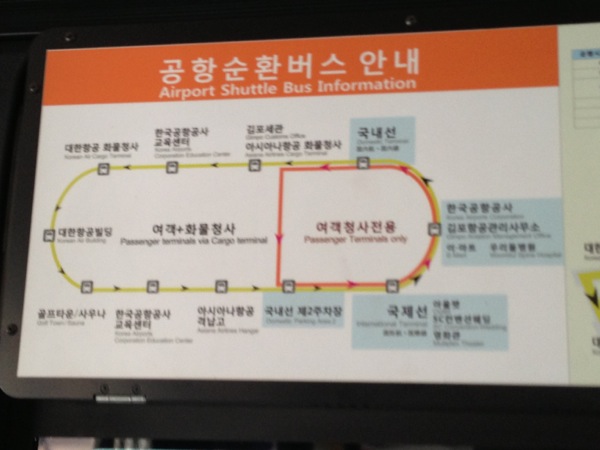 The moment we touch down to Korea's airport, we took a shuttle bus to our hotel as its very near to airport. The train station is just infront of airport too! 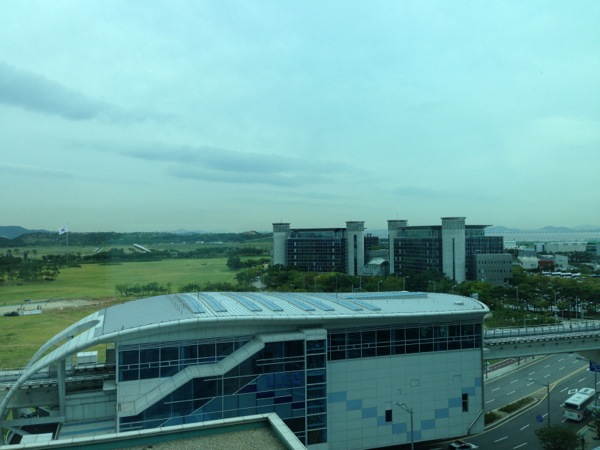 This is the first hotel which we stayed in Jeju island on the 2nd day, though it looks like the arrangement of furniture is in 1990s but the room is still quite cosy. The platform software is still windows 95 and browser uses Korean Language. Had a fun time try to navigate our researches done on this desktop pc. 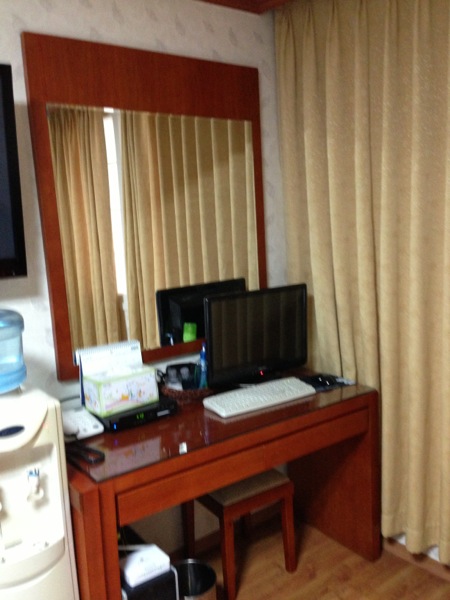 At the opposite street of this hotel, we went to eat Korean bbq chicken and pork grill at one of the most famous Black Pig Pork Korean Grill restaurant. 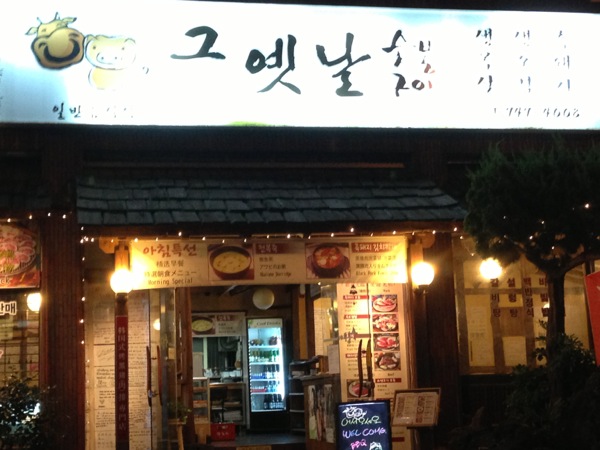 Here we went, to the Capital of Korea, Seoul and also to Jeju island, the so called "Honeymoon Island". 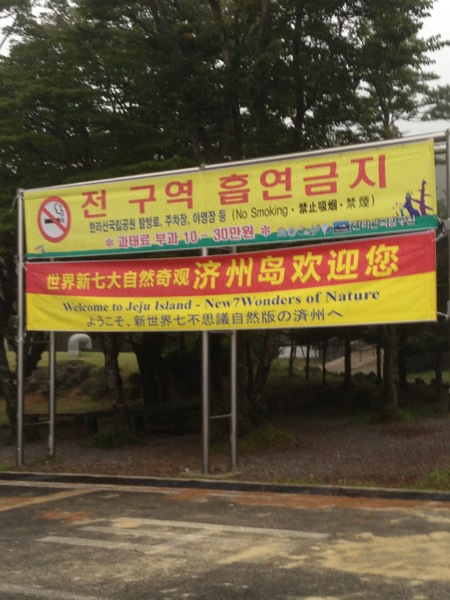 It's free entry for tourists to enter into the forest and climb Mount Hallasan.

Showing the up mountain map of Mount Hallasan. 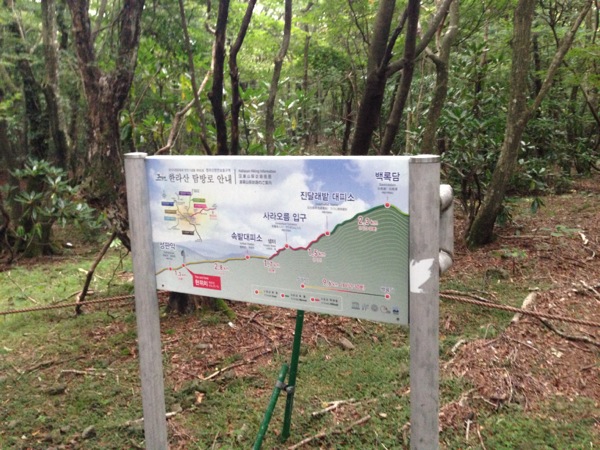 After climbing up the steps of more than 1000m in elevation of height, showing everyone my dead tired, shack face look. Thank goodness, while climbing up the mountain halfway, there is fresh spring water flowing from the mountain to this tap, where one can refill water into a bottle to drink or drink it directly from the opening of it. 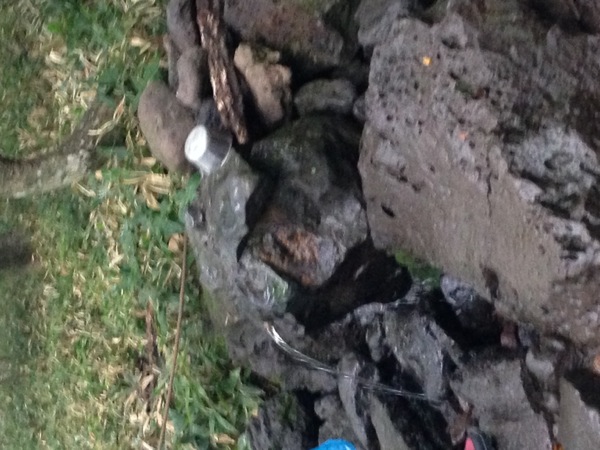 Weather was pretty cold as it's winter but one can only feel the coldness as you climb higher and higher up the mountain. This is the rest area where tourists can buy cup noodles, cook and eat it hot. The feeling was damn Shiok !

Saw this board while climbing to the top of the mountain. 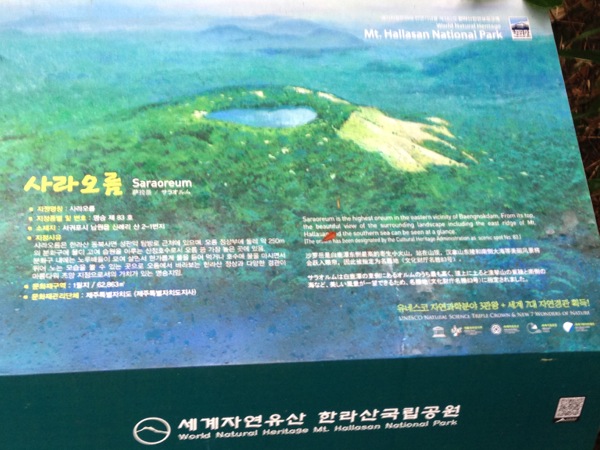 Went to view the Bird's Eye observatory and the Saraoreum Observatory too! 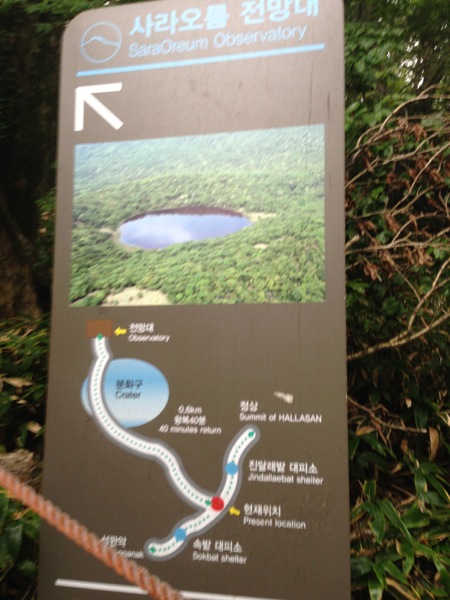 Showing you guys the beautiful photos of the volcano crater lake.

Took some nice breathtaking photos around the volcano crater lake. 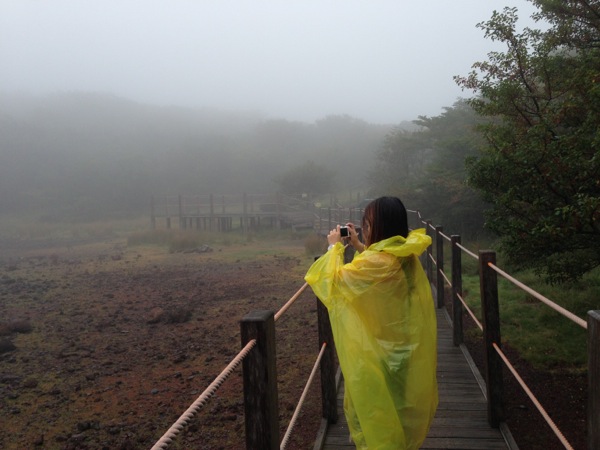 Finally, made our way to the Top of the Mount Hallasan ! Yeah :) When we went down the mountain, it was raining heavily, are wet and cold. Almost couldn't make it out of the mountain route as the skies turning dark. Luckily, one of the lone rangers spurred us on and lead us out of the right path. A cab was waiting down there for us. Thank god, the cab came just timely.

Korea's airport is quite large, looks pretty up market too! These are the photos of Korea airport which we took before we flew back to Singapore.

Selling juicy tangerines at one of the shops in airport of Korea. 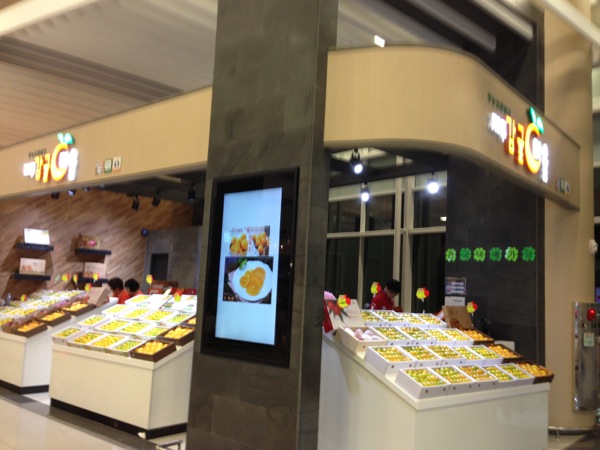 Like the rest of the world's airport, there is a big shop selling souveniors for tourists to buy back to their home countries. 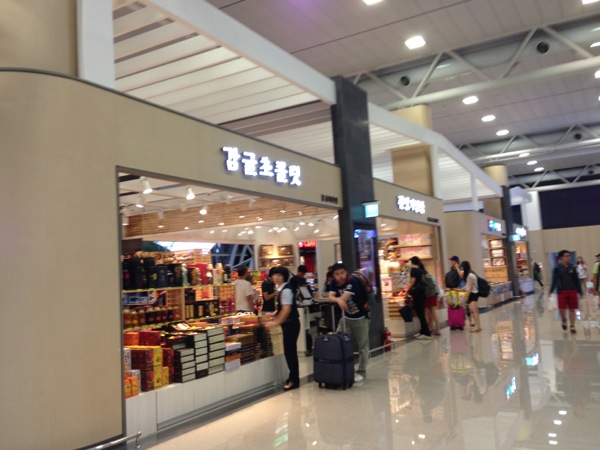 After exploring Jeju, we went back to Seoul and stayed in Hyatt Regency hotel to rest for the night.

The following day, after eating our breakfast, we went to roam the streets, did some shopping. Shopping at Seoul was awesome as there are so many shopping centers selling many pretty clothes, bags, health products and other stuff. Ate Korean Kimchi and rice cakes, was it delicious ! Night activites were plenty, went to a pub to drink some alcoholic drinks after night exploration on streets. 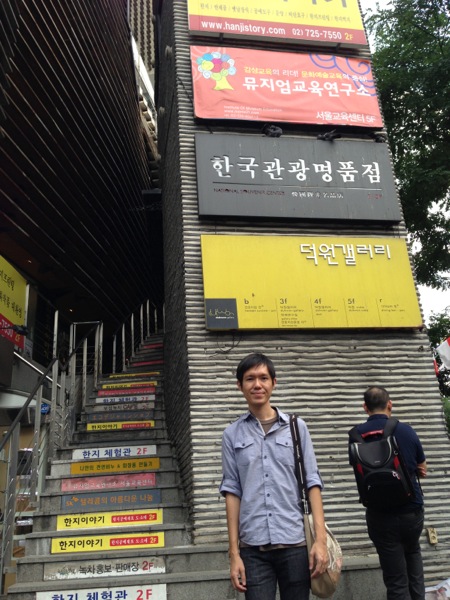 Admiring the beautiful Sunset in the city of Seoul. 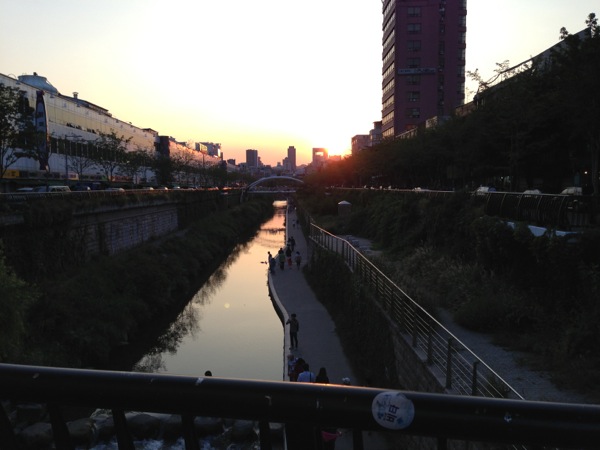 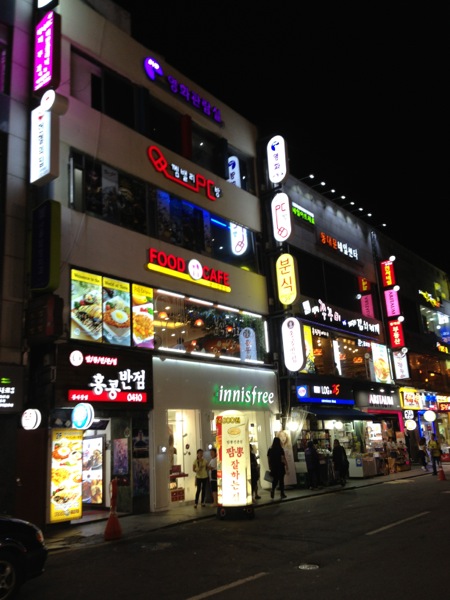 On my last 2 days of the Korea trip, we went for group tour with other tourists, to see the Famous Korea "Da Chang Jin" restaurant and the temple area where the movie was filmed. 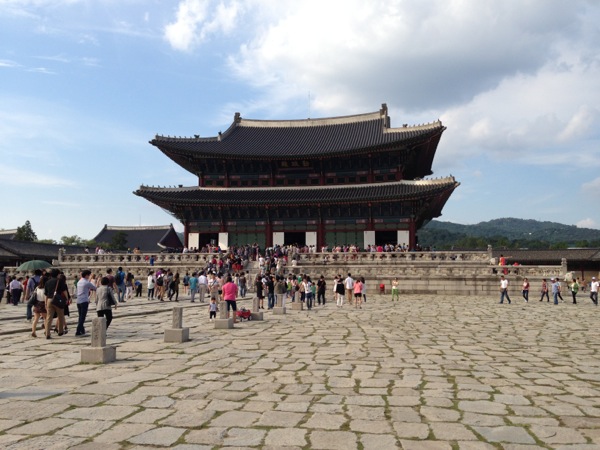 This is where the movie "Da Chang Jin" was filmed. The actress married to a rich man in Korea and even have a son. 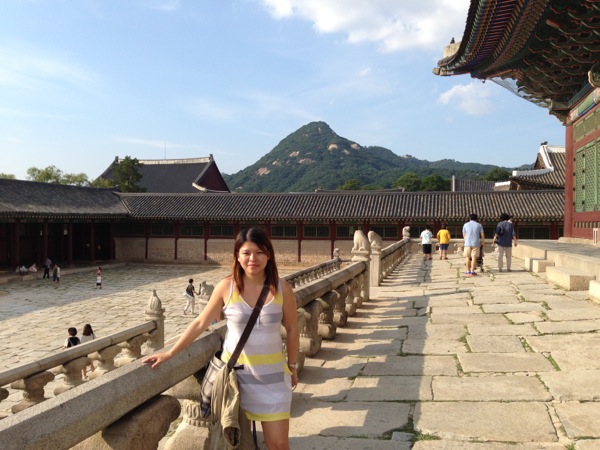 The Church of Korea : 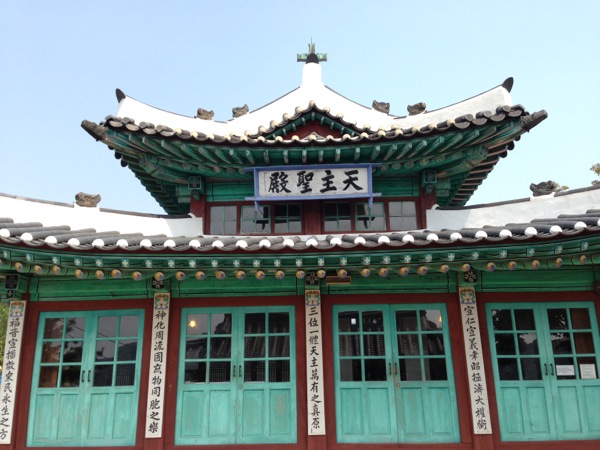 Next, we went to this hot tourist spot, where the story of Korean Dynasty began and how the 2 lovers were separated and committed suicide in the end. Was a sad story tale. 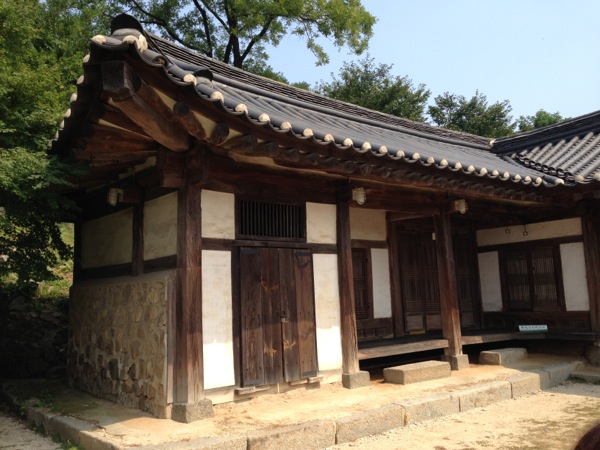 Then, went to fruits, vegetable and fish market to buy some dried items back to Singapore. 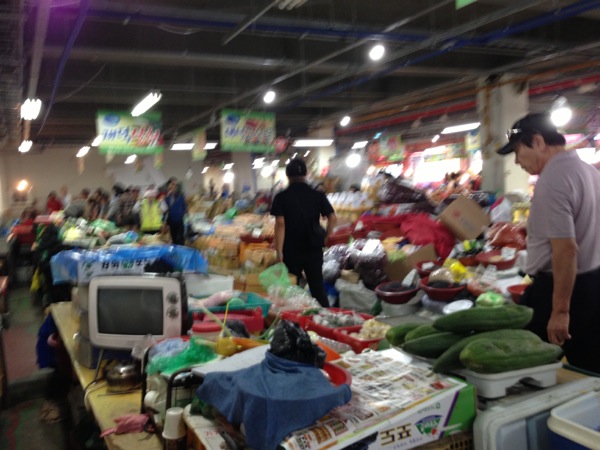 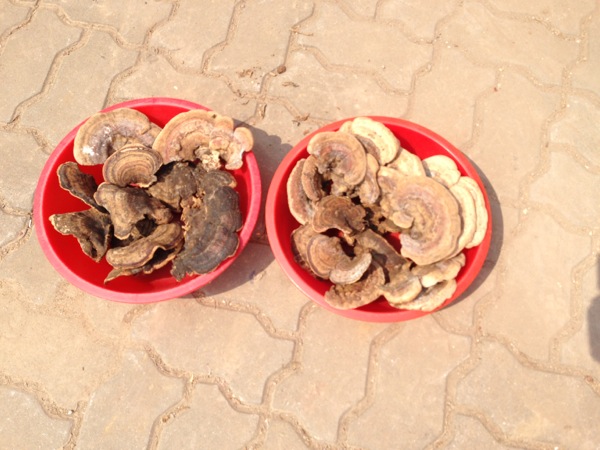