Welcome to the Maldives.

Maldives, or also called the Maldive Islands, is an island in the Indian Ocean that has 26 atolls. The island offers deep blue seas with great reefs, white sandy beaches, and diverse vegetation. It is basically a paradise, where people can spend long days to just unwind and relax. It is a great spot for diving, snorkeling or just exploring the waters with thousands of different fish swimming around the corals. These shores are always open to anyone, as it provides a tranquil haven for visitors.

It is also the lowest-lying country in the world, with a maximum natural ground level of 2.3 meters (7 feet, 7 inches), and an average of only 1.5 meters (4 feet, 11 inches) above sea level. If sea levels rise too much, the country could earn an unwanted title: the first nation to be engulfed by the ocean because of global warming.

Here is a list of 10 best attractions and places to visit in the Maldives. 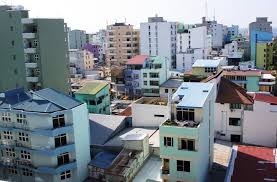 Malé is the capital and most populous city in the Republic of Maldives. A small island around 1 Km long and 2 Km wide, is a vibrant place pulsating with life and is the capital of Maldives. Male is dotted with many aesthetically built mosques, broad roads and salubrious parks. 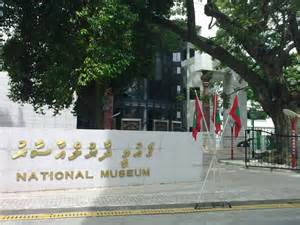 The grand National Museum is a landmark place in Male situated in the Sultan's Park. The museum is a relic of the previous Sultan's Palace. The National Museum exhibits some rare items of the erstwhile Sultanate - thrones, palanquins, statues and many other antique articles showcasing the rich cultural heritage of Maldives. 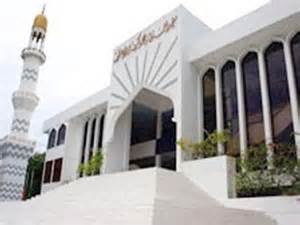 The Huskuru Miskiiy -with its eminent golden dome - more fondly called the Friday mosque is a magnificent 17th century structure reflecting the unique architecture of bygone eras. It is the chief mosque in Maldives and it also houses the Islamic Center. The mosque is extremely commodious and can accommodate more than five thousand devotees at a time. The splendid coral engraving, artistic wooden doors and grand minarets single out the Friday mosque as a unique heritage of the country.

This five star resort called Paradise Island has the local name Lankanfinolhu. Paradise Island, opened in 1994 is located in North Male' Atoll, which is 9.6km from the Airport. Paradise Island is 1km long and 230 meters wide and has beach all around with an excellent marine life around. Paradise Island Resort is one of the most striking features in Maldives. The islands attraction lies in its first class service with a variety of stragically located restaurants and the widest possible range of sports both on land and on the sea.

Previously an air force base, the picturesque Seenu Atoll is known as the 'Second City' of the Maldives. Seenu Atoll is indisputably one of the major tourist destinations in Maldives. The total number of islands found here is 23 and Seenu Atoll, is one of the principal atolls in the archipelago of Maldives.

Moofushi is also known for the excursions that it offers, where you can spot whale sharks, manta rays and a lot of fish from the shore. Whether you want to enjoy a romantic cruise or just want to discover traditional Maldivian marine life and enjoy great memories within your stay in the Maldives, it will definitely give you that unforgettable vacation of a lifetime. 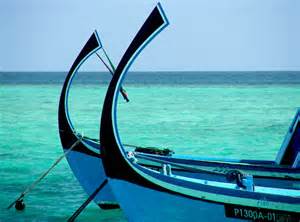 Fuamulaku is known throughout the Maldives for its abundant fruit and vegetable farms. You can taste the delicious locally grown pineapples, mangoes and oranges on the tropical island of Fuamulaku and a visit to this place will certainly prove a memorable one. 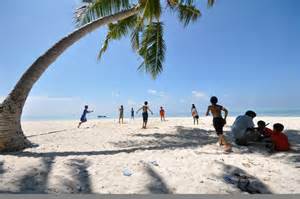 Kudahuvadhoo island is located in South Nilandhoo Atoll and the series of unique mounds found here, are possibly the remains of earlier Buddhist temples. However it is not certain what these mounds once were but it is worth seeing them. There is also an ancient mosque – an uncommon structure made of masonry and carved stone.